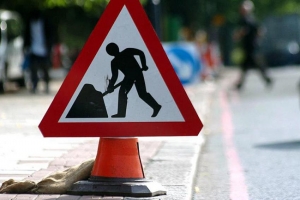 Road Closures in Place as Works Come to an End

MOTORISTS are being advised of temporary road closures as works to improve a busy Middlesbrough junction come to an end.

Sections of Longlands Road to the east and west of the junction near The Buccaneer pub will be closed during off-peak times while carriageway resurfacing is carried out.

King’s Road and Ormesby Road will remain open throughout the works period, with traffic controlled by temporary traffic signals.

Diversion routes will be clearly signed while the closures of Longlands Road are in place.

The affected sections of road will be closed as follows:

The road will be open on the evening of Tuesday, September 26, due to Middlesbrough FC’s home game against Norwich City.

Cllr Lewis Young, Middlesbrough Council’s Executive Member for Economic Development and Infrastructure, said: “We would like to thank people for their patience while these works have been carried out. The final resurfacing is being carried out deliberately at quieter times but we would still like to bring everyone’s attention to the diversions that will be in place during these periods and would ask drivers to allow additional time for their journeys.”

More in this category: Previous Mouse Infested Retailer Shut by Health Officials Next Consultation Underway on Junction Proposals
back to top