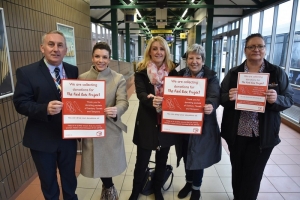 THE fight against period poverty is being taken on at Middlesbrough Bus Station where the Red Box Project has been welcomed.

An appeal is to be launched at Teesside’s premier transport hub for visitors to donate sanitary products in specially sited red bins soon to be seen at each entrance. Tights and underwear still in their packaging will also be accepted.

Over the course of a lifetime it is estimated sanitary products cost more than £5,000 with women spending around £13 every month and despite being essential – the items are still taxed, a charge which has become known as the ‘Tampon Tax’.

The Red Box Project is a community-based, not-for-profit initiative, which aims to support young people throughout their periods by providing red boxes filled with free period products to local schools.

It was founded in March 2017 by three friends who wanted to give young people in their local area access to sanitary products. After reading about period poverty in the news, they were angered at the idea that young women were missing out on their education because they couldn’t afford the products they needed during their period.

Nicola Davies, Middlesbrough’s Red Box Project co-ordinator, said: “The stories about period poverty are very real, and I felt that if I could do one small thing to make a difference, then it is worth doing.

“Since starting the project in Middlesbrough in August last year, the response has been overwhelming. With the help of other volunteers, the kindness of the community and businesses who have given to the project we have been able to place red boxes in a number of schools, which are always gratefully received.” 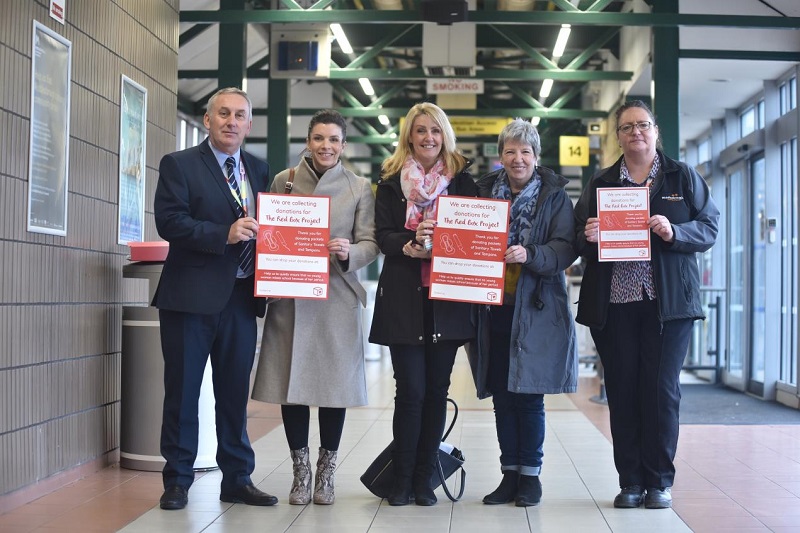 Cllr Denise Rooney, Middlesbrough Council’s Executive Member for Environment and Commercial Services, said: “The Red Box Project is a sadly all too necessary way of tackling an issue which should not be allowed to exist.

“That women in girls in our communities are having to make choices between sanitary products and other essential items is absolutely heartbreaking.

“Middlesbrough Bus Station is one of the busiest places in the region and we hope – as they always do – the Middlesbrough community will rally around this initiative and make donations as and when they can.”

A scheme for donated sanitary products already exists at Thorntree Community Hub having been launched by Brambles and Thorntree ward councillor Geraldine Purvis in 2017.

One in ten girls have been unable to afford sanitary products.

Cllr Julia Rostron, Middlesbrough Council’s Executive Member for Adult Social Care and Public Health, said: “The fight against period poverty in our communities is something we want to tackle head on and through our public health team we will be looking at other locations for donations to be made.” 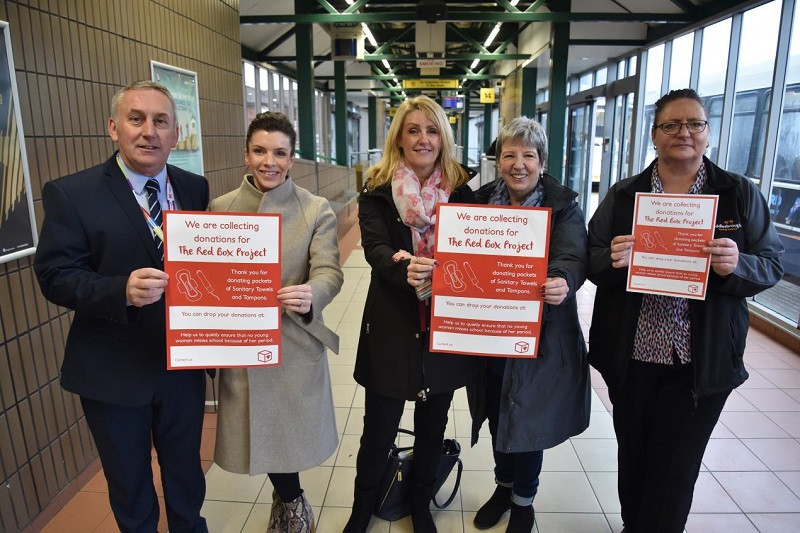