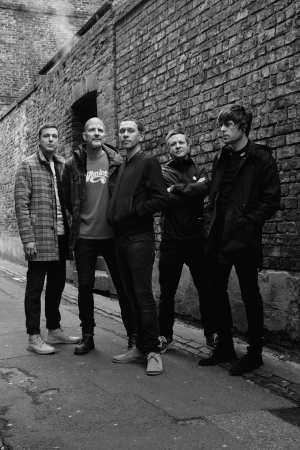 With special guests The Twang

Shed Seven have announced their biggest ever UK tour to date for November and December 2019 including a home county show at Leeds First Direct Arena – their first ever headline arena show!  And they make an appearance in Middlesbrough's Town Hall on 2nd December.

The York five-piece just get bigger and bigger. Since rising to fame in the 90s as one of the leading lights of Britpop, Shed Seven released their first new album in 16 years 'Instant Pleasures’ in 2017 which went top ten and achieved acclaim across the board.

The tour which also marks the 25th anniversary of their first album release will feature a mix of Sheds classics and choice cuts from Instant Pleasures including fan favourites ‘Room In My House’ and ‘Better Days’. Rick Witter said:

“We can’t wait to get back out on the road later this year to play some of our favourite venues and visit some brand new places. It’s always been the bands ambition to play an Arena show and we are absolutely thrilled that finally we are getting to do this in our home county Yorkshire!! See you at the front.”

More in this category: Previous Make Your Money Go Further Next A Tribute to Barry White and Soul Music
back to top